America’s pastime holds a special place in everyone’s heart and nothing could make it any better, right? Wrong. Take the breathtaking view of the field, beer samples, good friends, and open the alley games to the attendees and what do you get? Great Atlanta Beer Festival. It makes baseball better. This year we discovered two new pumpkin beers, reconnected with a few old beer friends, and had fun dancing in the rain (ok, not dancing, but close).

As the downpour of rain deluged the open spaces outside Turner Field, we got to hover under the O’Dempesy’s tent who had already run out of their Your Black Heart Russian Imperial Stout, which made me sad, but I got to stand next to the truck with the Harpoon UFO Pumpkin. Yum. That brings me to what this festival is really about: beer. My favorite two beers of the festival were Harpoon UFO Pumpkin, which they categorize as an unfiltered pumpkin ale. The other was Terrapin Pumpkin Alethat Terrapin says is actually a malt beverage brewed with pumpkin and spices. They were both similar with a pumpkin fruit forward start and slightly sweet but smooth aftertaste. It was like having pumpkin pie without all the sugar in a glass. If you know me, you know I love pumpkin. So, if you like pumpkin beer like I do, I would recommend these two beers any day of the week. Not a pumpkin fan, how about another beer that I enjoyed called Blue Point Toasted Lager? It was smooth and a good balance of hops and malt with a toasty finish. It reminded me a little of Shock Top’s Pretzel Lager (also present at this festival and well enjoyed by me!) for it’s almost pretzel feel but not as strong as actually eating a pretzel. Lastly, but not least by any means was Your Black Heart Russian Imperial Stout by O’Dempesy’s. It was my overall favorite beer, again, this year, so I thought I would give it another shout out. Run to your bartenders and tell them to stock this: stout lovers will help it fly off the shelf. So. Good.

Let’s not forget there was more than beer at Great Atlanta Beer Fest. The pitching games in Scout’s Alley were open and a few people (ok, a lot) took their shot at seeing how fast they could pitch. I saw everything from 20 mph to 80 mph. Why isn’t that guy a baseball player? Also, there was a booth for the Proud Beer Drinker that was a crowd favorite with a “Strong man” Standin (thanks Yahoo Answers). My friends and I all took our turn with our faces in it and taking our pictures. See my shenanigans to the left. Finally, there was also music by The Geeks that had a large crowd dancing and singing by about 7pm, as well as lots of football on the TV’s of the chop shop. With that the lights dimmed over Turner Field and the Uber drivers lined up outside the gate, the Great Atlanta Beer Fest 2014 was in the books and the home team won.

Missed Great Atlanta Beer Fest? Don’t worry, Atlanta Beer Fests have another one on September 27th in Kennesaw and then again October 25th for Halloween called Boos and Brews. Get your tickets now. 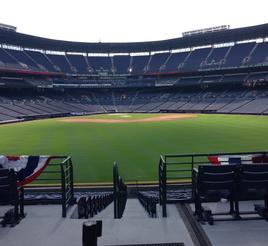 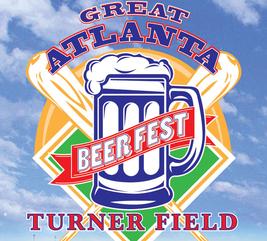 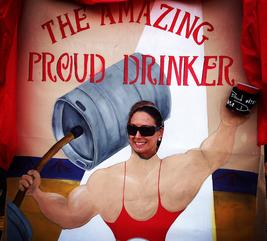 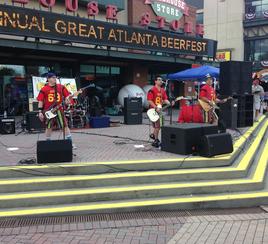 The Field at Turner Field 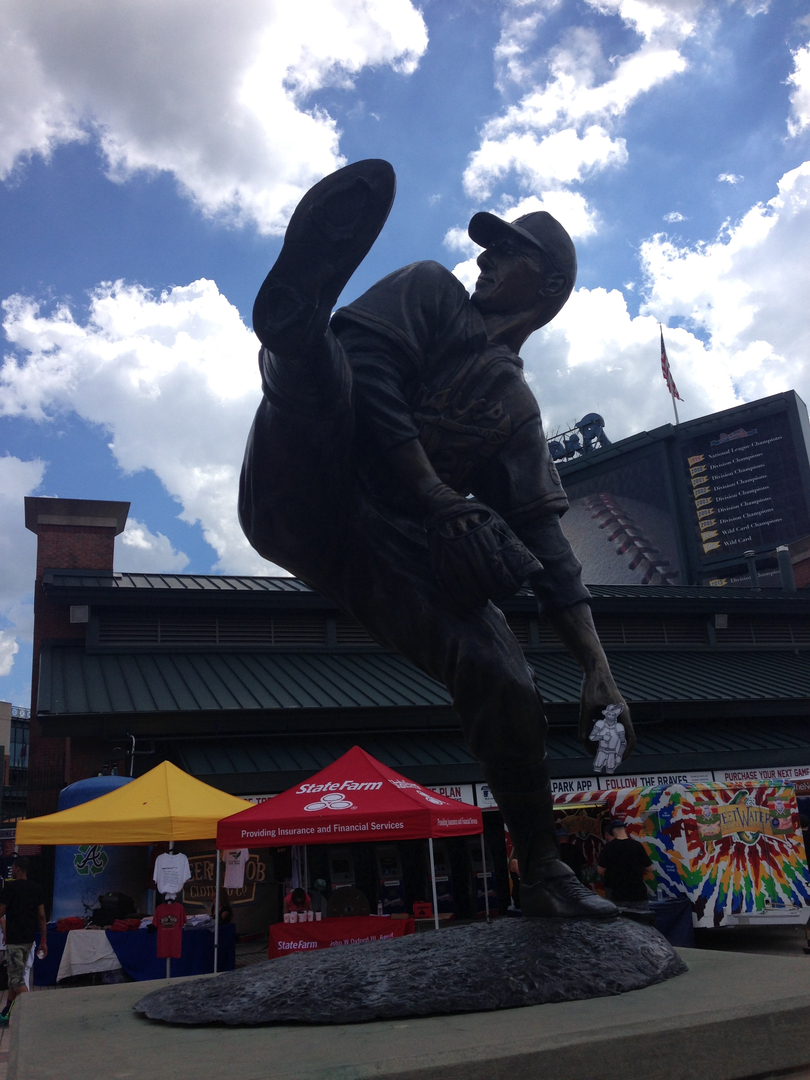 If you would have told us ten years ago we would be seeing Soundgarden and NIN in the same concert, we would have not believed you. Both bands rose to the occasion with a full concert under the Lakewood Amphitheater awning. Highlights included: Soundgarden’s “Black Hole Sun” and “Fell on Black Days,” as well and NIN’s Trent Reznor playing the piano live to introduce “Everyday is Exactly the Same” and of course, “Closer.” Things you don’t see every day.