After 5 years and dozens of beer festivals, Atlanta Winter Beer Fest sold out! It was filled to the brim, to the max, no vacancy, packed like sardines, no dogs allowed (or birds)! Alright, that last one was taken from one of my favorite Snoopy movies, but you get the drift. What was amazing was that it didn’t feel cramped with several areas to hang out including the local tent, swag and food tents, outside, and then the three Masquerade inside areas. I think the only place I felt like I couldn’t breathe was in Hell and that’s another story for another time. Wink. Let’s dive in.

More and more festivals are in Atlanta are integrating the blooming, ballooning local brewery scene, and I love it. One of the newer breweries that is contracting out of North Carolina but coming soon to Chamblee/Brookhaven near you, is Pontoon. They have a Tiffany Blue color that reminds me of the lake on a calm Sunday. Beyond that, John has an affinity for their Pilsner, which is called No Pants Pilsner. It’s a little hoppy for me but he always gets it at a local bar. Another one we’ve seen for a while now at several beer festivals but without product is Southern Sky. I love their slogan, “a little bit out there.” Being in advertising by day, I find it snarky and fun. Along with their slogan, they are going to go against the grain and permanently offer a porter that they claim can also be categorized as a stout. I can’t wait to try it because with chocolate and coffee notes; it could be right up my alley. Finally, they are going to open their brewery and tap room right around the corner from my office in Kennesaw. Happy Hour, anyone?

It wouldn’t be an Adventures in Atlanta beer festival blog without my proclaimed best beer of the festival. This one was tough because believe it or not, I’ve tried about everything out there that was offered! That being said, drum roll please. The best beer of the festival:  Mac Daddy Porter from Monday Night Brewing!  Confetti falls. A band plays. A trophy exchanges hands. What I like about Mac Daddy Porter is its smooth and light but has big, bold coffee taste with a little bit of earth and chocolate. It’s right up there with Drafty Kilt and I love Drafty Kilt.  Other local brews we found interesting to name a few were Second Self’s Thai Wheat, Jekyll’s Stout, and Eventide’s Nitro Stout. Yum.

Atlanta Winter Beer Festival also offered more food and samples this year than in year’s past. It was a good thing that Knotty Pretzels was around, not only to fill some tipsy stomachs, but to save one of our friends from Savage Jerky’s Ghost Pepper Buffalo Jerky. It was tasty, just a little spicy (ok, a lot spicy). I wouldn’t even think of trying it! Ghost Pepper? I don’t think so! Not only was the food abundant, but so was the entertainment. The two that stood out to us were the duo that dressed as Captain America and Batman and Kara Claudy. The comedy-singing duo gave away swag for correct trivia answers and even sang a song or two including Karma Police from Radiohead. I think they may have been Dad’s Garage, but I’m not sure.  Kara Claudy got a tip from us because she had a great range that included favorites No Rain by Blind Melon and Comfortably Numb by Pink Floyd.

After a cold day, everyone went home happy with beer in their bellies and a good time in their memories. I bet you’re all ready for your next festival? Hogs and Hops is coming up in April, and don’t miss Atlanta Beer Fest’s newest venture: Atlanta Wine Party in March. 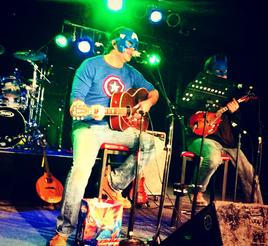 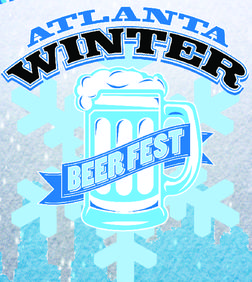 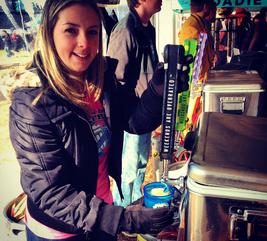 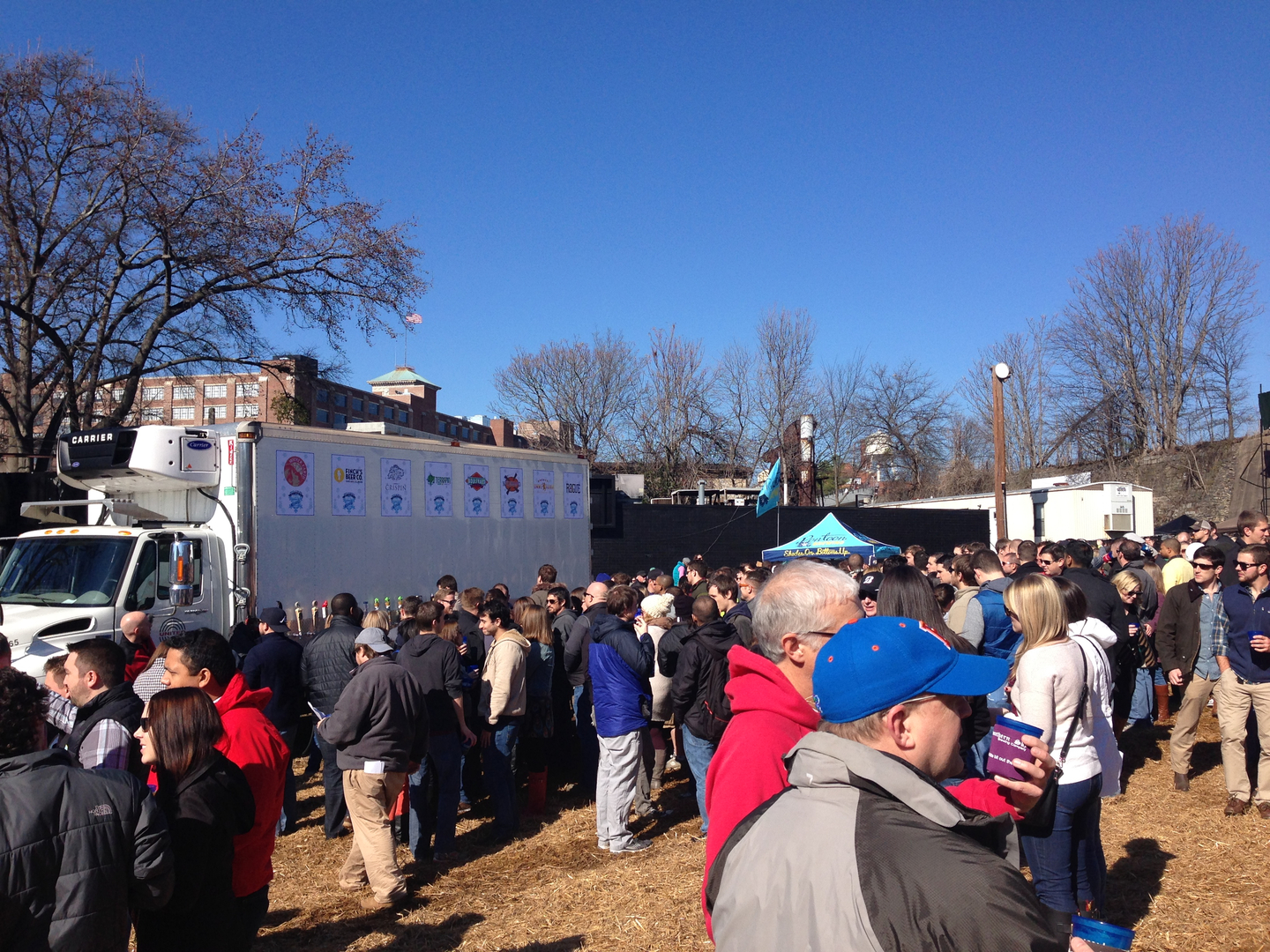 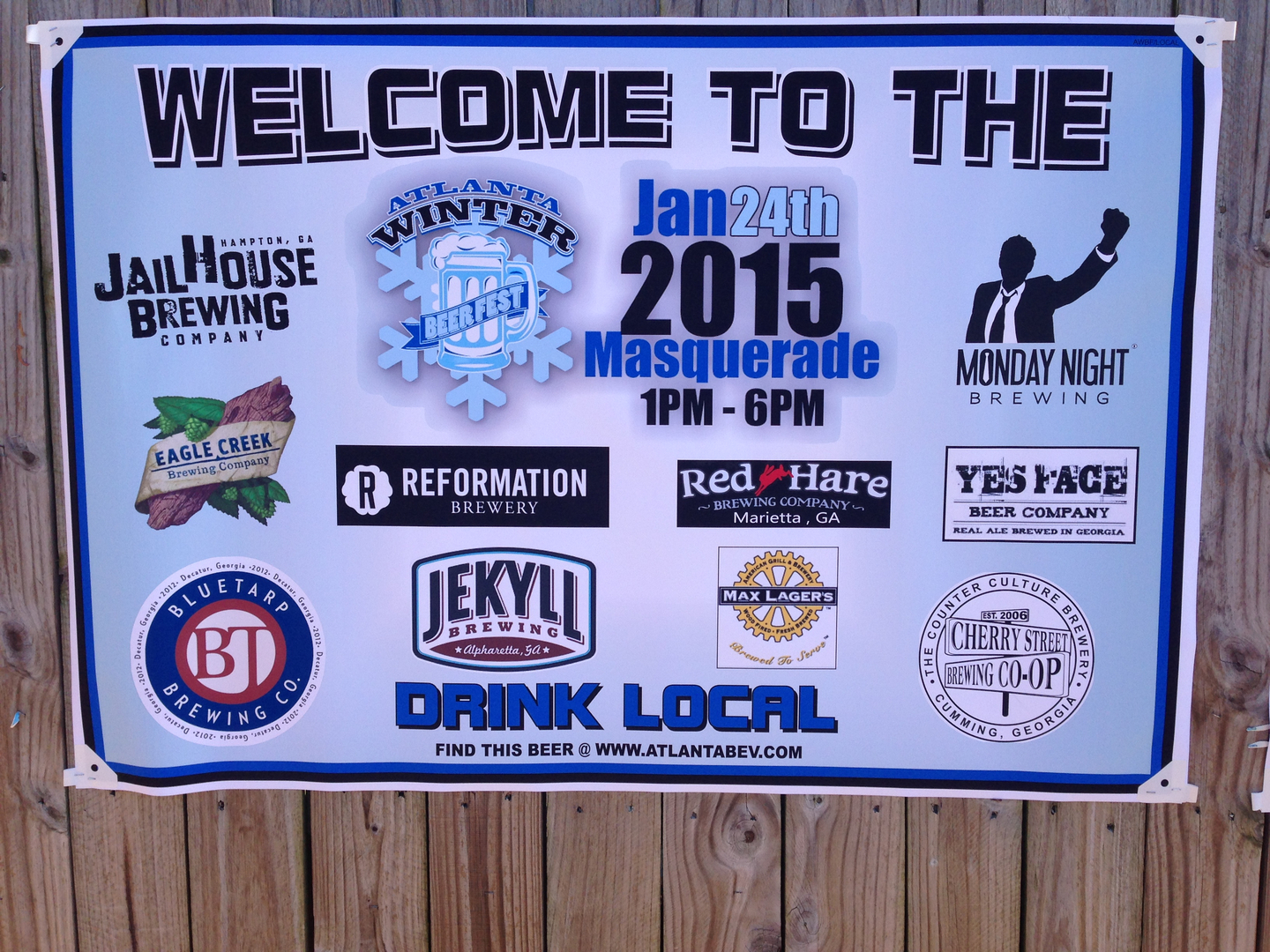 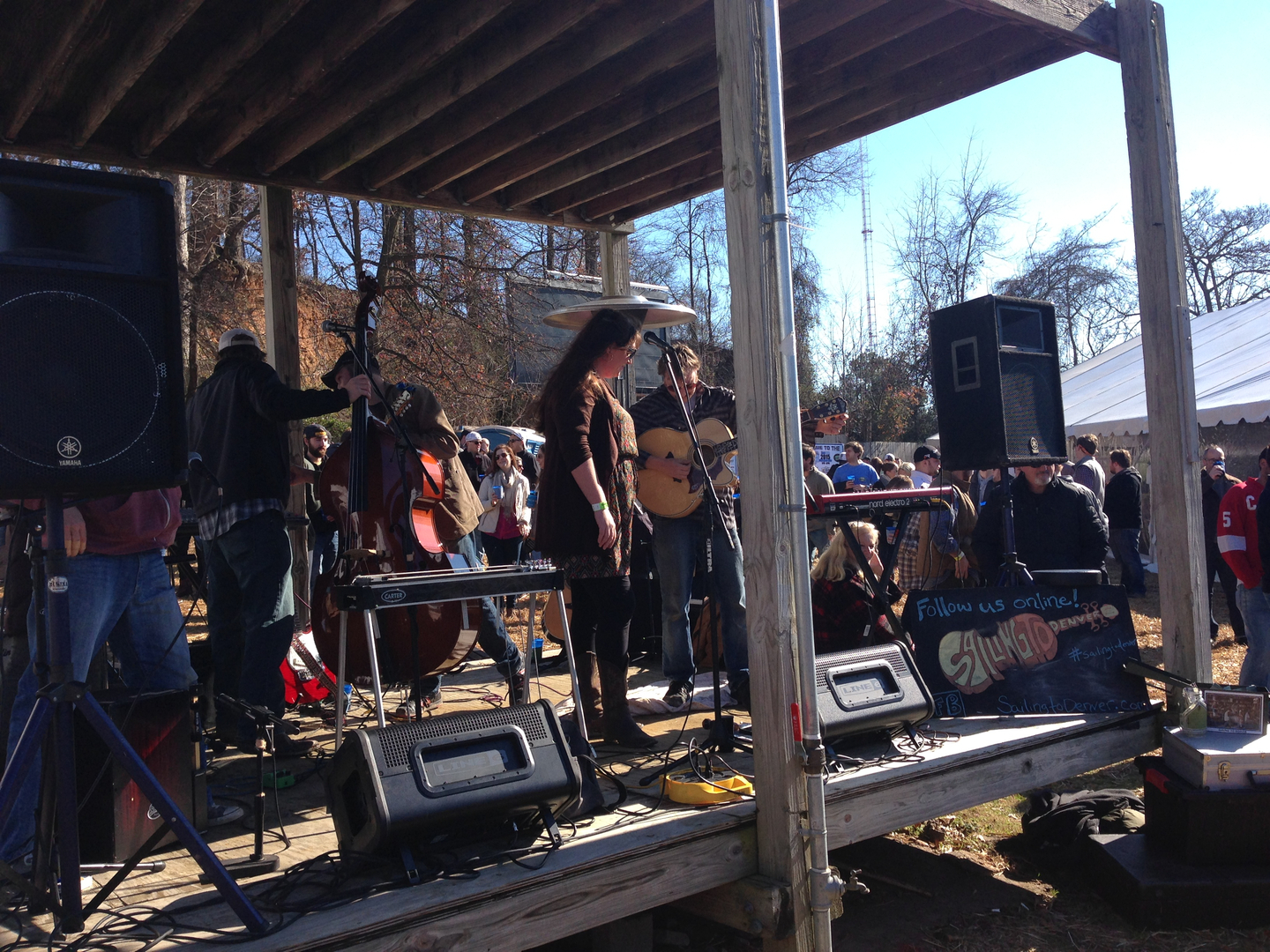 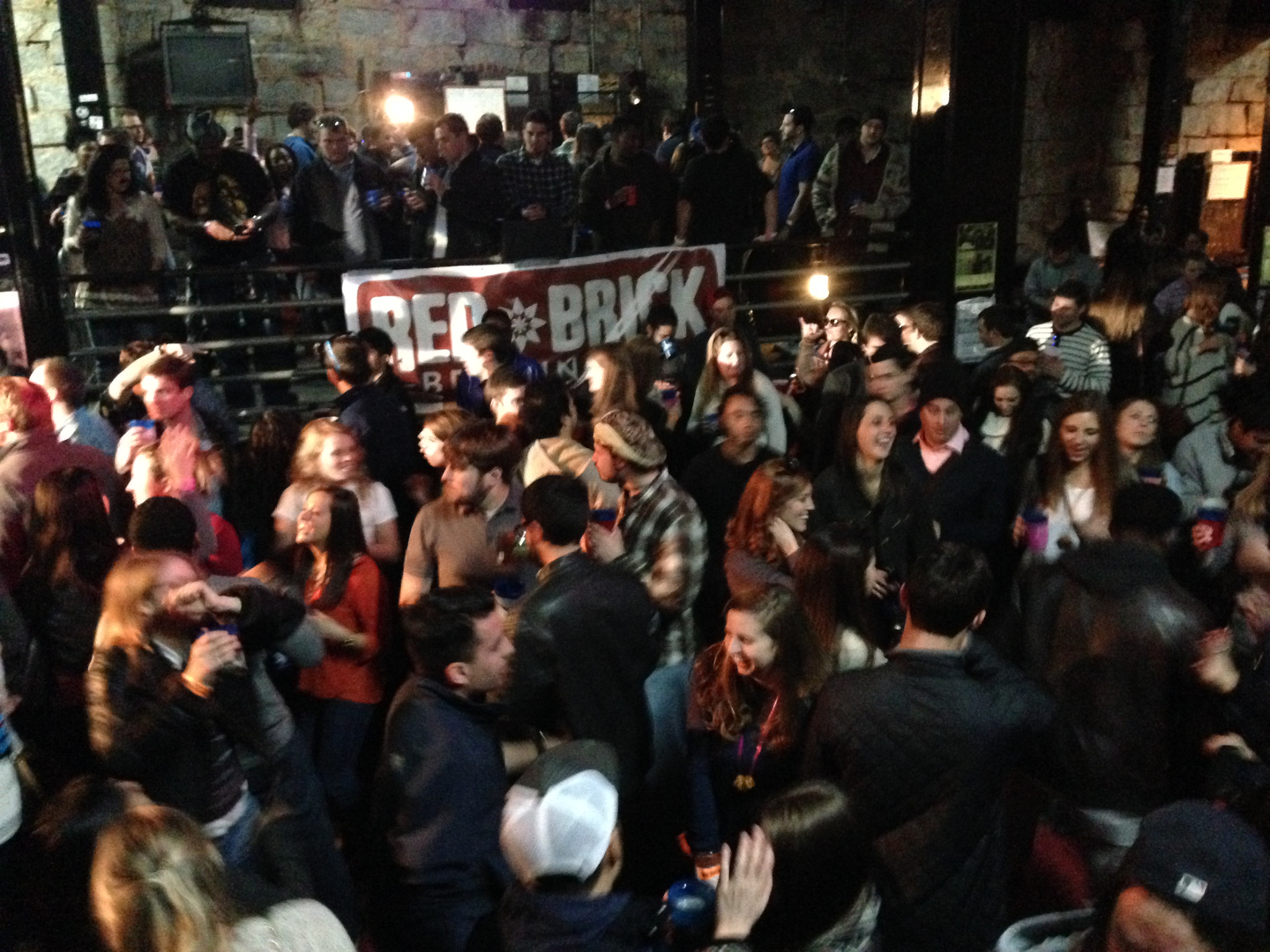 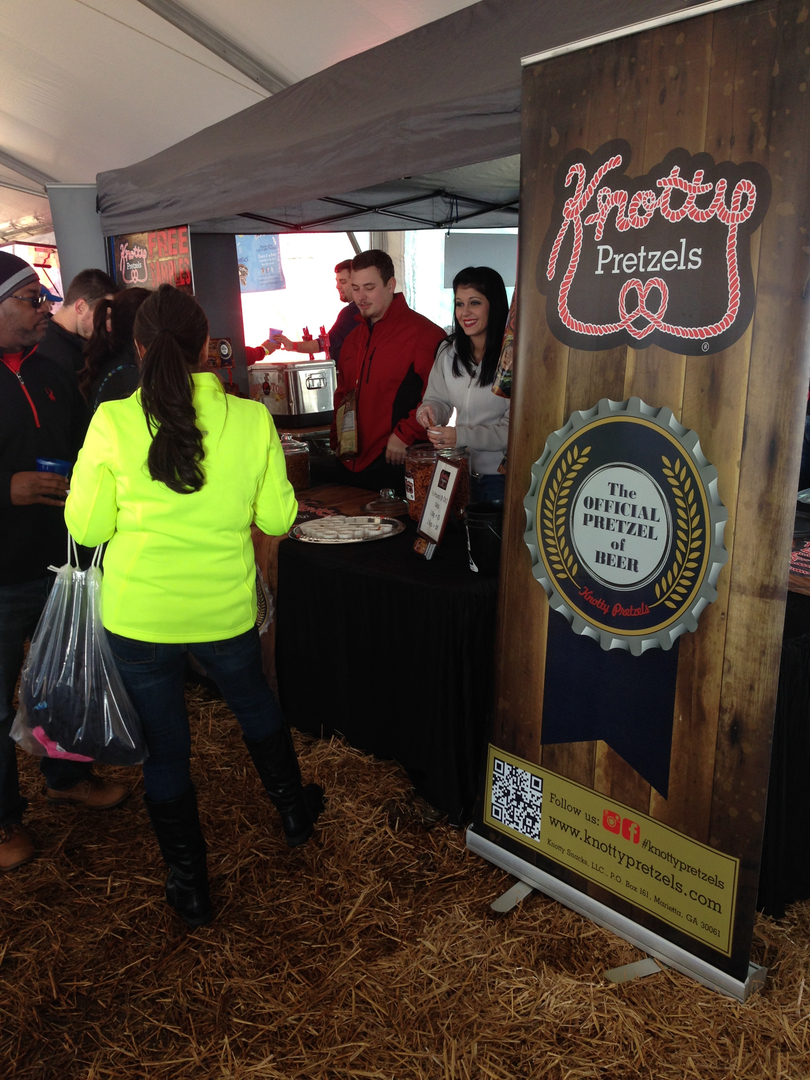 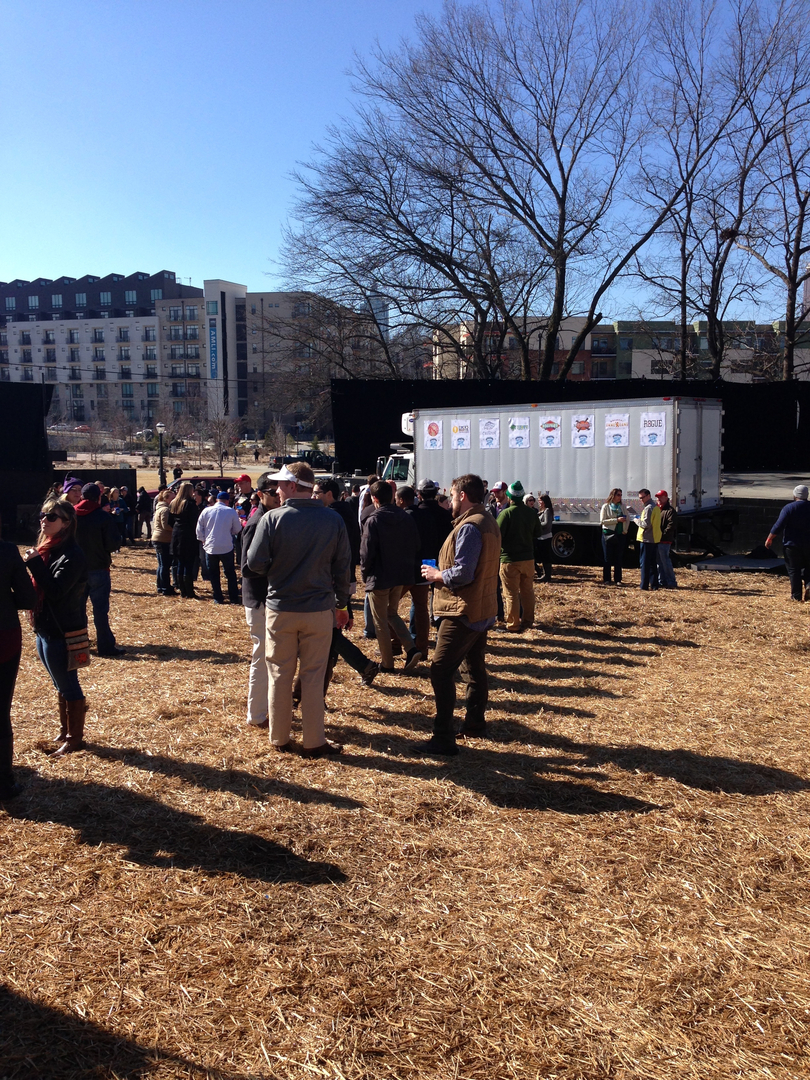 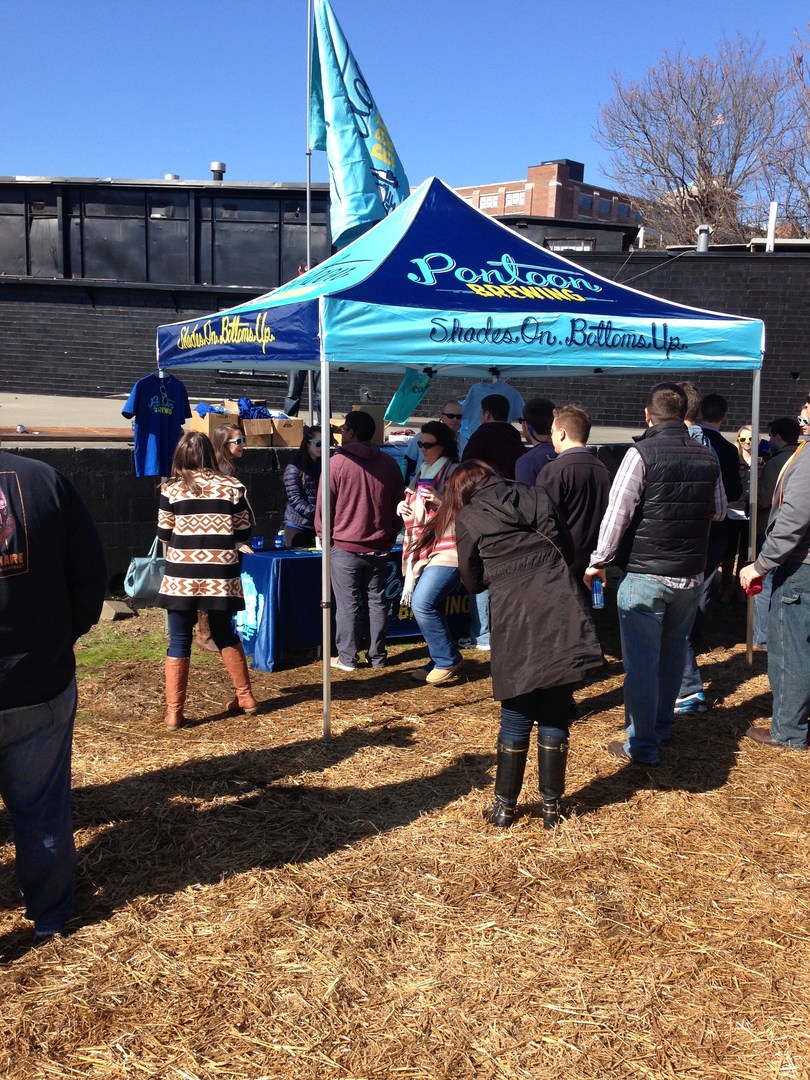 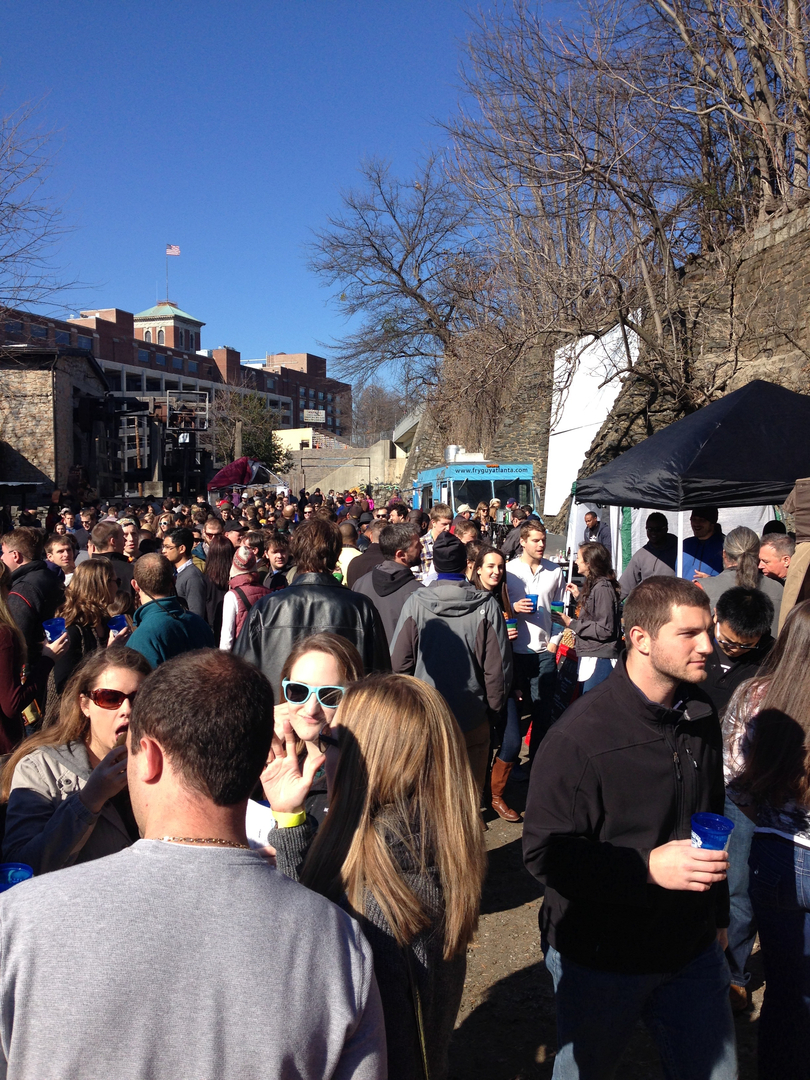 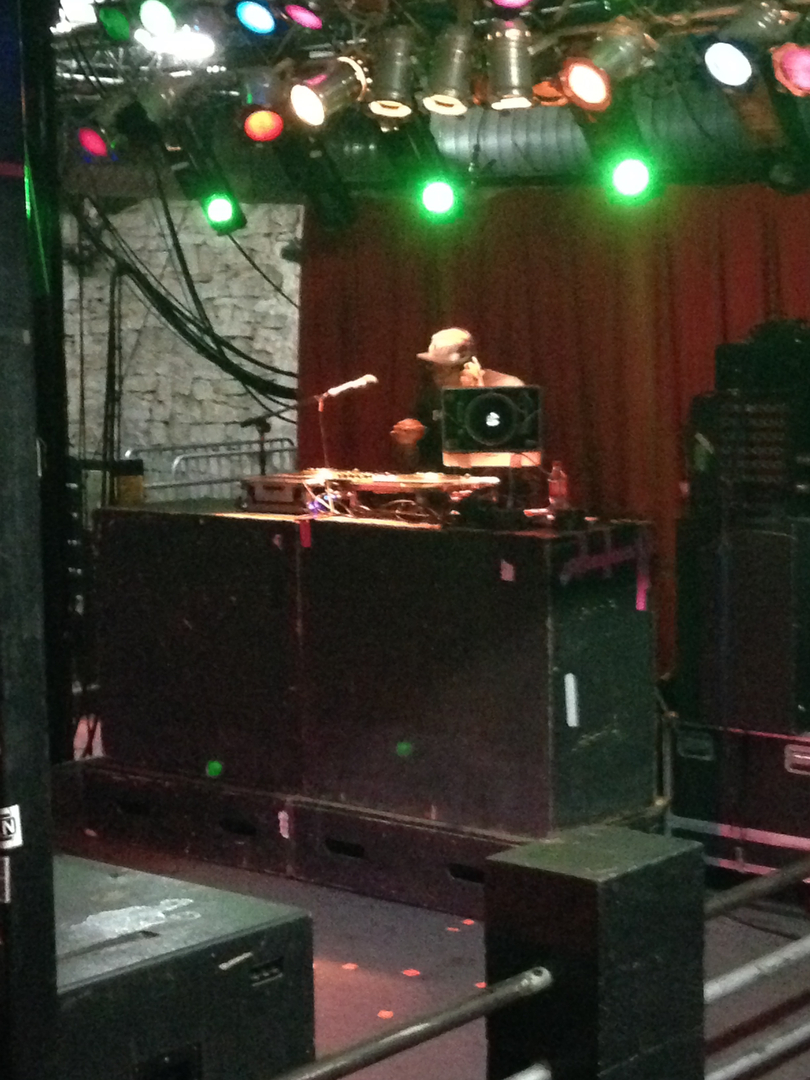 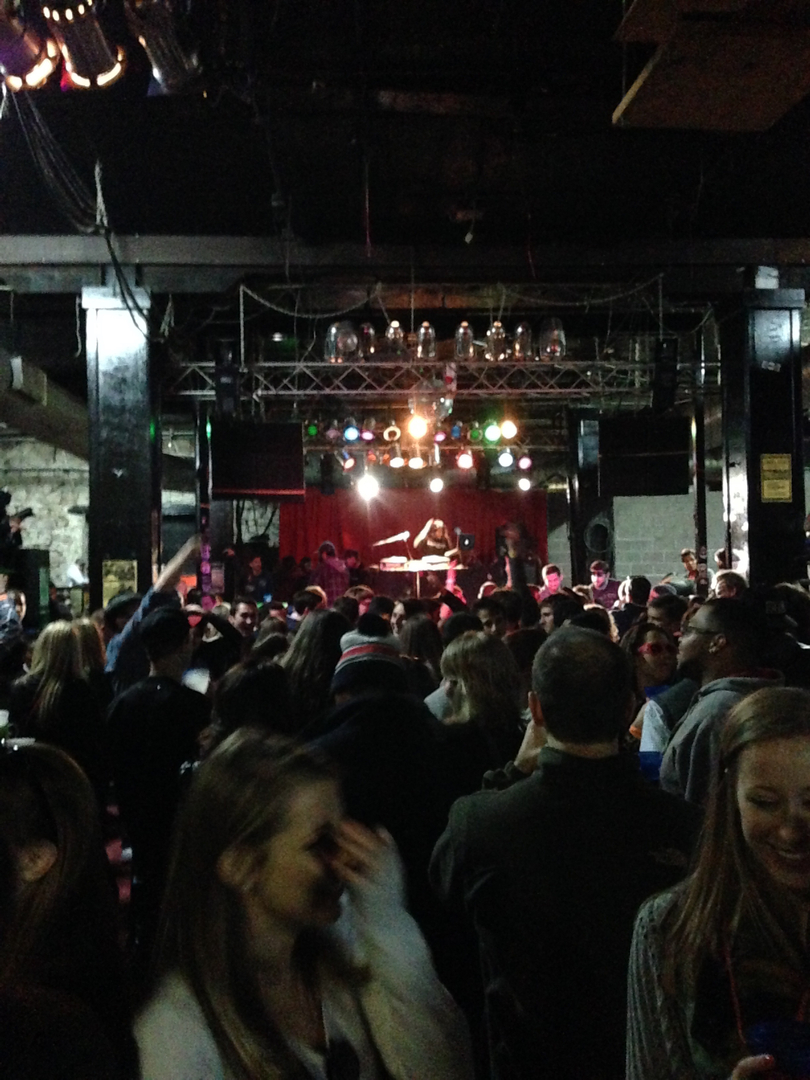