Your guide for Atlanta, regional, and national festivals, concerts, restaurant openings, events, beer festivals, and more. Weekends are for adventures. Find yours.

March 22, 2021
Open Hand Atlanta continues to support local restaurants with the return of its annual Dining Out For Life fundraising event, presented by Manhattan Associates. Local Atlanta diners are encouraged to safely dine-in or enjoy take-out, curbside pick-up or delivery from April 26 – May 2. The week-long Dining Out For Life will drive donations for Open Hand’s nutritional programs and services.
END_OF_DOCUMENT_TOKEN_TO_BE_REPLACED
https://adventuresinatlanta.com/wp-content/uploads/2021/03/dining-out-for-life-2021.jpg 550 550 Liz Attaway /wp-content/uploads/2017/06/AIA-Logo-Updated.png Liz Attaway2021-03-22 18:43:332021-04-02 23:55:14DINING OUT FOR LIFE 2021: APRIL 26-MAY 2

March 22, 2021
Outdoors and socially distant, Joe Hertler & The Rainbow Seekers are safely hitting the road with Proxima Parada throughout April 2021, beginning on April 16th at The Rustic in Dallas, TX, followed by an April 17th show at The Rustic in Houston, TX. On April 18th, the band concludes their Texas shows at Empire Garage in Austin, TX. Their southern run continues at Yeehaw Brewing Company in Nashville, TN on April 21st, before Park Tavern at Piedmont Park in Atlanta, GA hosts the band on April 22nd. Then, on April 23rd, the Rainbow Seekers hit Lenny Boy Brewing in Charlotte, NC, followed by Pour House in Charleston, SC on April 24th. Greenville, SC sees the band next at Quest Brewing on April 28th. The band will head back to North Carolina, with a stop in Asheville at Salvage Station on April 29th, and the tour will come to a close in Columbus, OH at Woodland's Tavern on April 30th.
END_OF_DOCUMENT_TOKEN_TO_BE_REPLACED
https://adventuresinatlanta.com/wp-content/uploads/2021/03/JOE-HERTLER.png 850 550 Liz Attaway /wp-content/uploads/2017/06/AIA-Logo-Updated.png Liz Attaway2021-03-22 18:23:362021-03-22 18:23:36JOE HERTLER & THE RAINBOW SEEKERS, ANNOUNCES APRIL 2021 TEN-SHOW RUN ACROSS TEXAS, TENNESSEE, GEORGIA, NORTH CAROLINA, SOUTH CAROLINA & OHIO ALL OUTDOORS & SOCIALLY-DISTANT

February 25, 2021
Now through May 23, view Michelangelo’s Sistine Chapel: The Exhibition, the internationally acclaimed touring exhibition from SEE Attractions, Inc., at the Westside Cultural Arts Center. Exhibit hours are Thursday–Sunday from 10 a.m.-6 p.m. (last entry at 5 p.m.), and tickets are available at www.chapelsistine.com. An immersive presentation of museum-quality, near life-size reproductions of the iconic master’s frescoes that adorn the Sistine Chapel in Rome, this showcase features 34 reproductions such as “The Creation of Adam” and “The Last Judgement.” Michelangelo’s celebrated scenes normally viewed from the ground to the ceiling of the Sistine Chapel are re-created at eye level in their original size, allowing visitors to observe all the intricate details of these masterpieces.
END_OF_DOCUMENT_TOKEN_TO_BE_REPLACED
https://adventuresinatlanta.com/wp-content/uploads/2021/02/michelangelos-sistine-chapel.jpg 687 550 Liz Attaway /wp-content/uploads/2017/06/AIA-Logo-Updated.png Liz Attaway2021-02-25 20:11:352021-02-25 20:11:35MICHELANGELO’S SISTINE CHAPEL: THE EXHIBITION IS NOW OPEN THROUGH MAY 23

February 22, 2021
The Mitsubishi Electric Classic returns to the metro Atlanta area May 10 – 16, 2021 and has previously featured legends of the game such as Tom Watson, Fred Couples, Miguel Ángel Jiménez, Bernhard Langer, John Daly, Vijay Singh and David Toms. The Mitsubishi Electric Classic proudly stands as a premier golf tournament on the PGA TOUR Champions, but this event is much more than a golf tournament.  The event, which will benefit local charities through the Gwinnett Championship Foundation Inc., has raised over $2.5 million since the first tournament in 2013.  All three rounds of the Mitsubishi Electric Classic are televised internationally by the Golf Channel.
END_OF_DOCUMENT_TOKEN_TO_BE_REPLACED
https://adventuresinatlanta.com/wp-content/uploads/2021/02/mitsubishi-electric-classic.jpeg 550 691 Liz Attaway /wp-content/uploads/2017/06/AIA-Logo-Updated.png Liz Attaway2021-02-22 19:33:512021-02-22 19:33:53MITSUBISHI ELECTRIC CLASSIC RETURNS TO TPC SUGARLOAF MAY 10 - MAY 16 PLUS HOPSPITALITY SPACE, THE PERCH.

January 10, 2021
The glow of the sign can be seen down Peachtree Street for as far as the eye can see, while the marquee rolls with show titles and draws your eye into its beautiful dance of light. The Fox Theatre has been a staple in Atlanta since 1929, bringing joy and song to the city for decades with everything from musicals, to plays, to dance, and bands. Its stage holds a childhood full of unforgettable memories for Atlantans like me mesmerized by its grand foyer, memorable Turkish-Egyptian over-the-top décor, and that overall Fabulous Fox Theatre mood. One of the most beautiful places you can find here, they’ve actually made it even more beautiful and ornate during the pandemic, while upkeep on this place is daunting, they do it impeccably. Seeing the theater’s beauty from every angle really was a treat, from the top of the balcony to standing on the stage looking out, seeing the fly system, backstage, and where the organ comes up into the orchestra cannot be any more surreal. To say this made my year would be an understatement, so let’s go through the entire journey from start to finish.
END_OF_DOCUMENT_TOKEN_TO_BE_REPLACED
https://adventuresinatlanta.com/wp-content/uploads/2021/01/the-fabulous-fox-theatre.jpg 550 733 Liz Attaway /wp-content/uploads/2017/06/AIA-Logo-Updated.png Liz Attaway2021-01-10 18:16:222021-01-10 19:42:22THE FABULOUS FOX THEATRE: ONE SINGULAR SENSATION

November 9, 2020
What do Atlanta's Varuni Napoli, Jonathan Van Ness of “Queer Eye” and Olympic Medalist Simone Biles have in common?  A national ad campaign is what! Uber Eats released their latest series of commercials this month and everyone's favorite Neapolitan pizza spot is one of the stars. Varuni Napoli has been in the top 5% of Uber Eats deliveries across the U.S. and now they are getting the recognition they deserve in the form of a star-studded ad spot
END_OF_DOCUMENT_TOKEN_TO_BE_REPLACED
https://adventuresinatlanta.com/wp-content/uploads/2020/11/local-fave-varuni-napoli.png 532 1004 Liz Attaway /wp-content/uploads/2017/06/AIA-Logo-Updated.png Liz Attaway2020-11-09 20:53:212020-11-09 20:53:22LOCAL FAVE VARUNI NAPOLI FEATURED IN UBER EATS AD!

November 4, 2020
There is a buzz that lifts through the air as the lights dim on stage, you hear several voices raise in excitement, several clap with enthusiasm, while others stand quietly in anticipation. A small group shuffles through the dark to their instruments as the lights go up and blaze into a prism of blues, greens, and reds. The crowd cannot contain itself and erupts in applause, singing, and joy. The future of live music hangs in the balance on this weekend of performances, because if done right, this could be the norm until we “get back to normal.” And Big Night Out is the path forward. With acts like Moon Taxi, Big Boi and his friends, as well as Futurebirds, and Pigeons Playing Ping Pong, we can proudly announce that live music is back AND SAFE.
END_OF_DOCUMENT_TOKEN_TO_BE_REPLACED
https://adventuresinatlanta.com/wp-content/uploads/2020/11/big-night-out-atlanta.jpg 550 825 Liz Attaway /wp-content/uploads/2017/06/AIA-Logo-Updated.png Liz Attaway2020-11-04 20:26:442020-11-04 20:26:45BIG NIGHT OUT ATLANTA

September 15, 2020
From creative cocktails that will transport you to Italy to make-your-own pizza kits that can be enjoyed in the comfort of home, nobody celebrates the best cuisine on earth like Varuni Napoli! Beginning Tuesday, Sept. 15, the Atlanta pizzeria will launch its first-ever to-go cocktail pouches showcasing a lineup of its three most popular sips. These hand-crafted, Italian cocktails pair perfectly with beloved Varuni pizzas. And, to commemorate National Pepperoni Pizza Day coming up on Sunday, Sept. 20, Varuni is offering a pre-order, one-day-only Bastardo at-home pizza kit, which is the restaurant’s bestselling pepperoni pizza.
END_OF_DOCUMENT_TOKEN_TO_BE_REPLACED
https://adventuresinatlanta.com/wp-content/uploads/2020/09/VARUNI-NAPOLI-NOW-OFFERING-TO-GO-COCKTAILS.jpg 550 733 Liz Attaway /wp-content/uploads/2017/06/AIA-Logo-Updated.png Liz Attaway2020-09-15 23:21:312020-09-15 23:21:32VARUNI NAPOLI NOW OFFERING TO-GO COCKTAILS + A LIMITED TIME ONLY PIZZA KIT

August 10, 2020
One thing that Atl-iens can all agree on is that Atlanta is an exceptionally large city, there’s so much to get into and do here, plus the patio scene has exploded beyond the ones we’ve highlighted in the city. So, we went on another Adventures in Patio, this time to highlight Hidden Gems and OTP patios in areas around Atlanta so no matter what neighborhood you live in, there’s one near you to try. Are you ready to take a tour of our fair city?
END_OF_DOCUMENT_TOKEN_TO_BE_REPLACED
https://adventuresinatlanta.com/wp-content/uploads/2020/08/top-atlanta-otp.jpg 1425 1900 Liz Attaway /wp-content/uploads/2017/06/AIA-Logo-Updated.png Liz Attaway2020-08-10 12:50:252020-08-10 16:17:40TOP ATLANTA OTP AND HIDDEN GEM PATIOS

July 29, 2020
Following the difficult decision to postpone the seventh edition of Imagine Music Festival for 2020 due to the coronavirus pandemic, organizers are excited to share the first phase of the lineup for the festival's return September 17 - 19, 2021. Earlier this year, the festival also revealed the big news that it would be moving locations to the scenic woodlands of the Bouckaert Farm in the City of Chattahoochee Hills, Georgia. A move that carried Imagine into a new chapter and creates endless potential for a more immersive experience shaped by nature. Given the current climate of the world, organizers are keeping positive and using the extended timeline to expand the production and create an even more spectacular show with some epic sets that will have fans buzzing all year long.
END_OF_DOCUMENT_TOKEN_TO_BE_REPLACED
https://adventuresinatlanta.com/wp-content/uploads/2020/07/imagine-music-festival.png 687 550 Liz Attaway /wp-content/uploads/2017/06/AIA-Logo-Updated.png Liz Attaway2020-07-29 14:51:262020-07-29 14:51:27IMAGINE MUSIC FESTIVAL ANNOUNCES PHASE 1 LINEUP FOR 2021 EVENT

July 19, 2020
This season at NETHERWORLD Haunted House means new monsters, new haunt themes, and a creepy new address. Incredible effects and sets, fan-favorite monsters and a new crop of creatures will be lurking for you at the same amazing location in Stone Mountain, but with a brand-new street name...Netherworld Way. While the street name may be changing, the location remains the same, as does all the fun and excitement haunt fans have come to expect from NETHERWORLD. “Since planting roots here in Stone Mountain three years ago, those roots have only grown stronger, but having this new address really cements this place as home," said Billy Messina, NETHERWORLD Haunted House co-creator. “It's been a crazy year and the news of the new street name is truly a positive light and a hopeful sign of things to come. I'm beyond thrilled that our guests will be plugging 1313 Netherworld Way into their phones when we open the doors for our 24th year of fear.”
END_OF_DOCUMENT_TOKEN_TO_BE_REPLACED
https://adventuresinatlanta.com/wp-content/uploads/2020/07/netherworld.jpg 550 823 Liz Attaway /wp-content/uploads/2017/06/AIA-Logo-Updated.png Liz Attaway2020-07-19 17:47:392020-07-19 17:47:40NETHERWORLD HAUNTED HOUSE IS TAKING OVER STONE MOUNTAIN AT 1313 NETHERWORLD WAY
This Weekend

This Weekend posting is on hiatus for the forseable future. We will return when festivals and events return. Thank you for understanding. Stay safe and well!
Detours

In between the rolling farmlands and the thick forest of South Atlanta sits a small town composed of small business, restaurants, and beautiful houses line the streets. One side, the farm is full of goats and horses, and on the other there is a cozy Inn where you can stay for the night. Serenbe, has come into its own as a day trip destination boasting everything from shopping to dining to the arts and everything in between. Recently, we took a short daytrip down there to explore the community, take in the grounds of the farm and Inn at Serenbe, then enjoy dinner at the The Farmhouse at Serenbe. This day had the perfect weather to sit on the sunporch at The Farmhouse at Serenbe and enjoy a cool Everlasting Lemonade and a stellar Herb Encrusted Lamb Rack. We can’t get over the delicious fare here with everything from carpaccio, foie gras, pork chops, lamb, and lemon cake. Plus, they grow a lot of their veggies in a garden on the grounds and locally source everything else. The Farmhouse is one of those spots you’ll remember forever.

Adventures in Atlanta @AdventuresAtl
Tuesday, April 13th, 2021 at 11:12pm
In honor of #Earthday, #redsbeergarden is partnering with @newbelgium to support the protection and preservation of public lands. Each pint of Fat Tire sold will donate $1 in support for Friends of Georgia State Parks and Historic Sites! Info: https://t.co/ygyzVePuHG @carenwestpr
View on Twitter
0
1 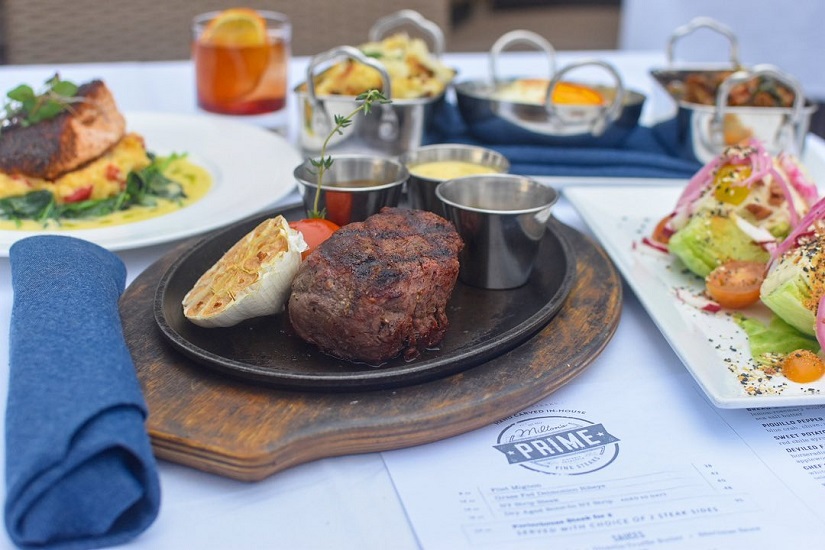 Adventures in Atlanta @AdventuresAtl
Sunday, April 11th, 2021 at 10:26pm
Fri: @joehertler kick-off their April tour in Dallas and have a big date in ATL on 4/22 @ParkTavern! Check out all the details on our site for tickets, dates, and more. 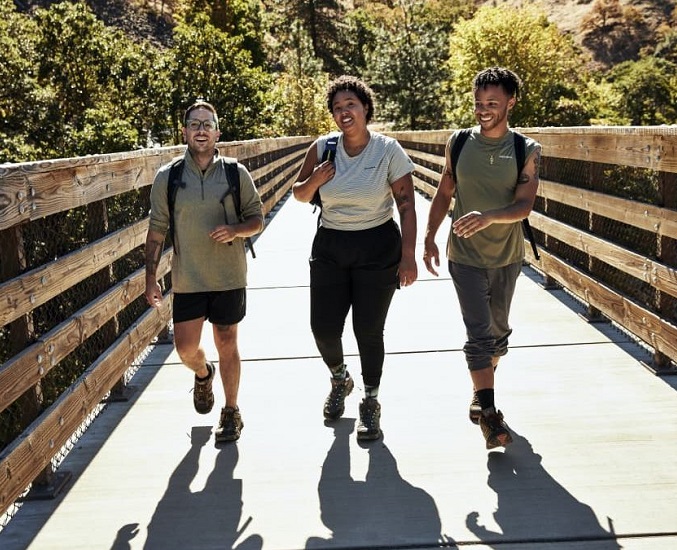 Adventures in Atlanta @AdventuresAtl
Wednesday, April 7th, 2021 at 4:44pm
Review #ontheblog and #CityLifestyle: @cornercafebbc.
The hustling breakfast and brunch spot has no lack of flavor and every dish they have is out-of-this world good!
On our blog:
https://t.co/wffZgmzExm
On City Lifestyle:
https://t.co/359JxpaTqc
@BuckheadLife #foodreview https://t.co/LCFNwXBVEa
View on Twitter 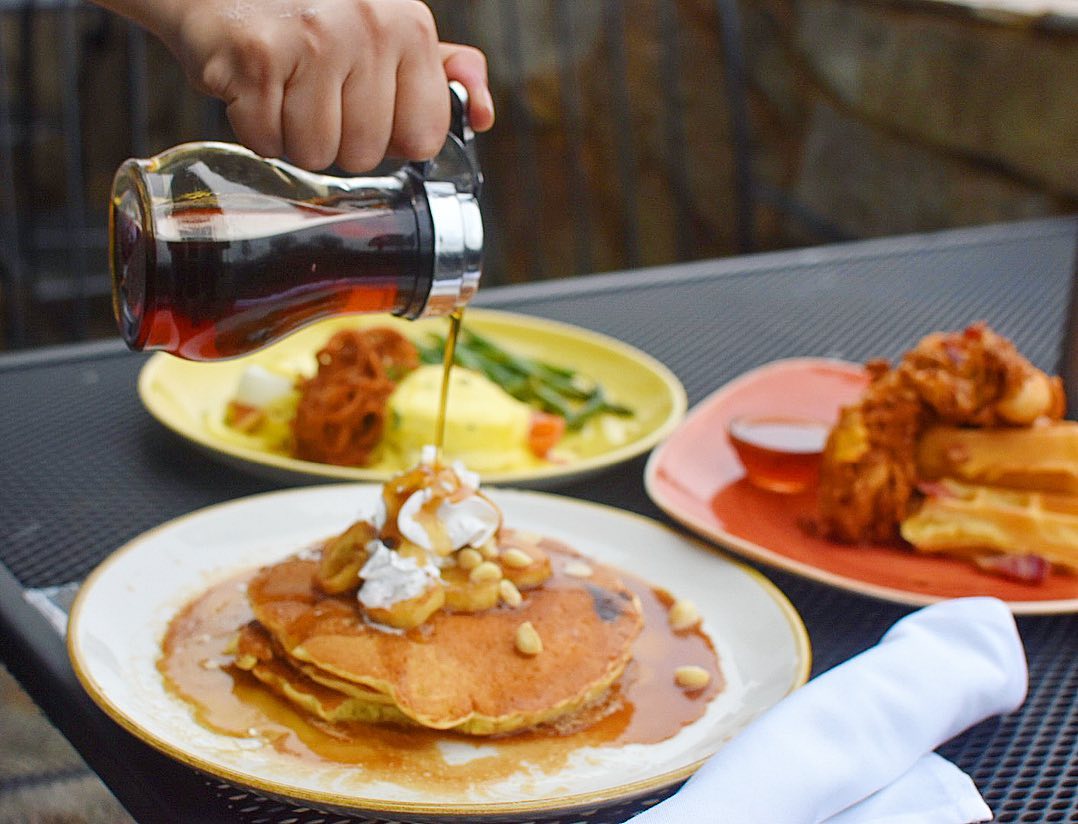 It’s going to be a #LOUD weekend with @drinkloud

Spring is all about rejuvenation, so it’s the pe

These brownies are the life of the party! 🎉 We

The best way to shake off that weekend indulgence

Sunday shmear perfection comes in all colors and f

THE HANGOVER is definitely the cure for your weeke

We’re in the mood for NOODS! 🍜 Recently visit

One thing’s for sure, @seltzer_land is one Cool

PART 2: @chattahoocheefoodworks not only is a feas

We know you’re chicken this out! 👏 This glori

In the LUNAR landscape of seltzer flavor sameness,

Get the VIP treatment with Coke Insider Journey @w